SUPERIOR — Big plans are on the horizon for

Inc., a family-owned and operated company with four decades in the industry. As operations expanded, so has its role in the

. The business is poised to benefit from a rebuilt interchange and

, which no longer can accommodate oversize loads.

Jeff Foster Trucking is one of the largest trucking operations in the region. Headquartered in Superior, the company with nearly 200 trucks and over 200 employees also has locations in Oklahoma and Duluth.

Owner Jeff Foster entered the industry in 1981 when he purchased his first truck. Adding a truck and driver every six months, his business quickly grew to eight trucks. He stopped driving to concentrate on further growth of the business.

Today, a telltale red motif is displayed outside the company’s Duluth Harbor Industrial Park property. “That truck was the first real pride of my dad’s fleet,” said Chief Operating Officer Brian Foster, who inherited it as his first truck when joining the business.

After its start in Minnesota, Jeff Foster Trucking expanded to Superior in 1990 for further development of its headquarters, storage, trucking maintenance and chemical blending facilities.

In total, there are 12 companies within Jeff Foster Trucking. In addition to trucking and transportation, services range from collision repair, bulk services, warehousing, storage, tank wash and brokerage — all adding to the diversity it takes to thrive in the industry, Brian Foster said.

Its warehouses along the Duluth-Superior Harbor serve as a central connection hub for transportation — whether by rail, ship or truck. The ability to streamline loads to their destinations from the Minnesota-Wisconsin state border has provided customers efficiency and cost savings, while continuing to feed their trucking company, Brian Foster explained.

“With the economy that we’re in, the companies that are doing well are open minded — changing product runs on a moment’s notice, moving at the speed at their customer base needs them to,” Brian Foster said. “We help them stay agile in the business world. They have to succeed for us to succeed. The keys are adaptability and diversity.”

Take for example the timber loads coming into Minnesota-based paper mills and lumber yards from Wisconsin and upper Michigan. Restrictions in Wisconsin allows for more weight than Minnesota does, so Jeff Foster Trucking provides outdoor yardage to warehouse incoming timber loads at its Superior location, which its truckers then haul to Bemidji or Cloquet. Foster’s trucking equipment is typically lighter, Brian Foster added, enabling them to haul more timber resulting in a higher payload on both ends.

“Superior has been super good to us,” he said.

The company’s expansion into Duluth would have been greater had worker’s compensation prices in Minnesota not been so high at the time Jeff Foster purchased the property formerly home to the Georgia Pacific Corporation in 2012, Brian Foster said.

However, the proximity of the Duluth Harbor Industrial Park to the port, railroad and highway systems offers future potential. He hopes to open the gates to a currently untapped opportunity in international agricultural container shipping. The viability of shipping agricultural materials such as beans, corn and wheat from the Midwest and Dakotas to the Duluth-Superior port instead of elsewhere is a matter of finding new lanes out of the area, Brian Foster said.

Several barriers stand in the way of this idea coming to fruition, he said, but the redesign of the Blatnik Bridge will allow for the transport of heavier cargo and take the strain off the industry. Jeff Foster Trucking provides input to the Duluth Superior Transportation Association, and Brian Foster sits on advisory boards for things happening in Twin Ports area to ensure designs are not transportation restrictive.

“Weights, dimension and just the traffic routing out of the Duluth port is especially difficult for over-sized, over-dimensional, real heavy type projects that can come into port. It creates some strain on projects that typically would come to here. They’ll ship them to the other side where Superior has some lay-down area that you can get a ship to, but if it’s coming back into Minnesota you may have to go down into Wisconsin as far as cross into Hinckley and come back up to get back to a destination that isn’t very far away,” Brian Foster said.

General Manager Jim Jones added, “You can have something that is going 7 miles from where you’re unloading it and it’s close to 200 by the time you get there.”

Jones noted that the Great Lakes Corridor is only utilized at 18% capacity; the railroad corridor around the Great Lakes is at 130%, and the ports of Los Angeles and New York are at 110% utilization. Jeff Foster Trucking has joined with local and international partners with hopes that their vision will be put in motion by next year’s shipping schedule, Jones said.

In the meantime, the Duluth Harbor Industrial Park property provides a return on its investment with the ability to lease 450,000 square feet of indoor and approximately 40 acres of outdoor storage and warehouse space, in addition to 100,000 square feet currently in development, said Jones. Currently, Jeff Foster Trucking is leasing space at its Duluth location to the Minnesota Department of Transportation and its contractors during the current

‘s failing dock wall infrastructure is also a current focus with eyes to the future.

“Where the ships tie up to all the metal sheeting is failing, so under the waterlines it gets deteriorated to the point where it has to be replaced unless it’s been done in the last 10 years or so. We could get wall wash out and lose land. We want to make it as usable as possible,” Brian Foster said.

Jones added, “We have this great gateway to the world. If we were to ship anything from here to Belgium it takes 30 days, but on water it is 17 days. We can nearly double our output on water. As an industry, if we can increase water transportation it can help rail transportation take some of the pressure off the system so it can work better. We’re moving in that direction and its exciting to be a part of. We’re not afraid of big.” 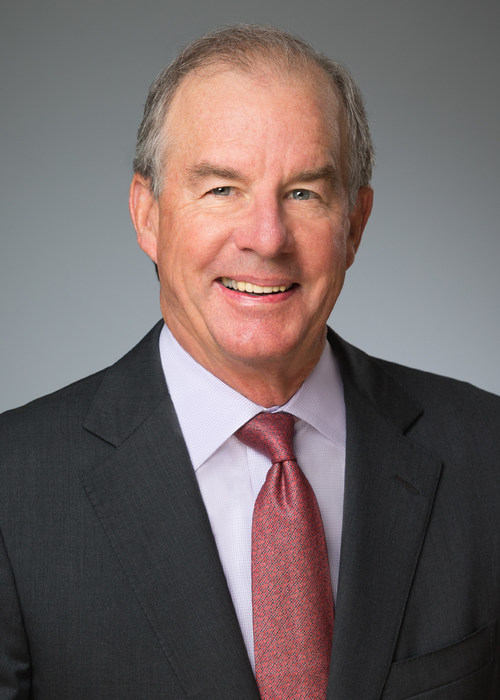