Stock market experts Victoria Greene and Scott Martin provide insight on the bear market rally and the state of the U.S. economy on “Making Money.”

The gaming industry, long thought to be recession-proof, is seeing revenue drops as consumers weigh discretionary purchases amid the rising cost of living.

Nvidia, which manufactures graphics processing units (GPUs), is among the latest companies in this space to warn that a gaming slowdown is impacting its bottom line.

Last week, the company said its second-quarter revenue was expected to be around $6.7 billion, down 19% from quarter one on overall weakness in its gaming business.

Analysts estimated gaming would contribute more than $3 billion to the chipmaker’s revenue, Reuters reported. But preliminary gaming unit revenue, which includes high-end graphic cards, declined 44% from Q1 to $2.04 billion — down from 33% from the prior year.

Meanwhile, X-box maker Microsoft reported a slump in gaming revenue in July. PlayStation-maker Sony has also recently trimmed its forecast and Sony has pointed to easing COVID restrictions and waning interest due to lack of new games available.

Research last month from Ampere Analysis, a market research firm in London, indicates that global video game sales are forecasted to contract 1.2% to $188 billion in 2022.

The study said the idea that the gaming industry was recession-proof was a fallacy. But the firm expects the global market to spring back next year as mature markets stabilize and growth markets continue the adoption of gaming.

“After two years of a huge expansion, the games market is poised to hand back a bit of that growth in 2022 as multiple factors combine to undermine performance,” research director Piers Harding Rolls said in a statement. “Even so, the year will end well ahead of pre-pandemic performance, and the outlook for the sector as a whole remains positive, with growth forecast to return in 2023.”

Fri Aug 19 , 2022
Warren Buffett’s Berkshire Hathaway made a big bet on auto and home lender Ally Financial in the second quarter while increasing its wager on iPhone maker Apple despite signs that an economic slowdown is beginning to weigh on consumers. The investments, along with purchases of shares in video streaming service […] 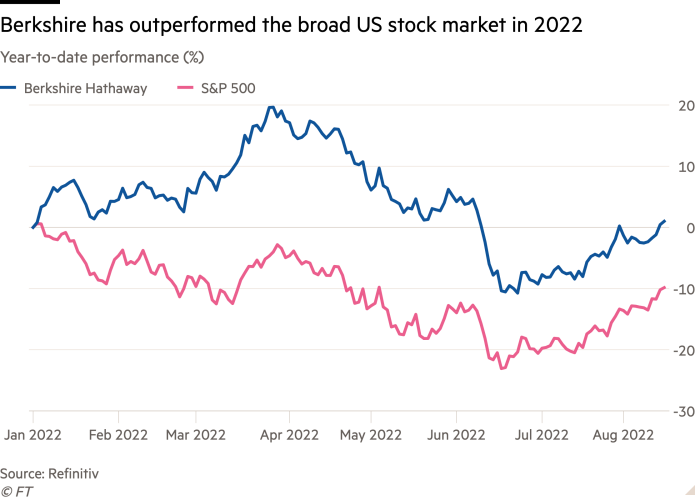