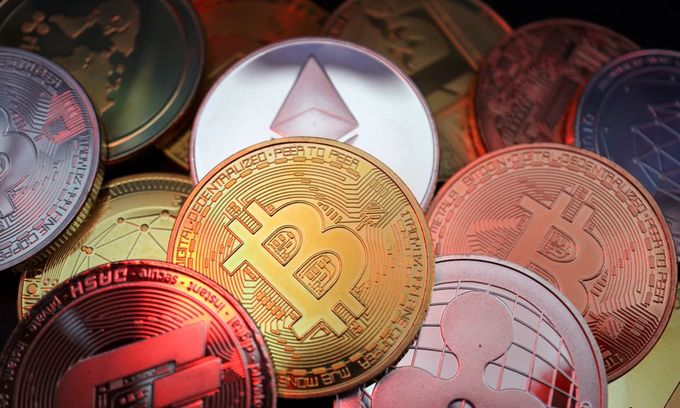 Representations of cryptocurrencies including Bitcoin, Dash, Ethereum, Ripple and Litecoin are seen in this illustration picture taken June 2, 2021. Photo by Reuters/Florence Lo

There is a big risk that cryptocurrencies will be used in Vietnam for laundering money since there is no legal framework to regulate them, a lawmaker has said.

Vietnam is among the top countries globally in terms of cryptocurrency ownership but it does not even recognize the asset, Duong Van Phuoc from the central province of Quang Nam said at a meeting Wednesday.

“[Cryptocurrencies] could be used by criminals to fund terrorism,” he said, adding that digital asset criminals are not getting caught due to the lack of regulations.

He called for including cryptocurrencies and other digital assets in money laundering laws.

State Bank of Vietnam governor Nguyen Thi Hong said there have been similar proposals before but the government has yet to decide which authority could be entrusted with overseeing them.

According to digital currency payment company Triple A, around 5.96 million Vietnamese, or 6.1% of the population, own cryptocurrencies.